A History of the Wotton-under-Edge Heritage Centre 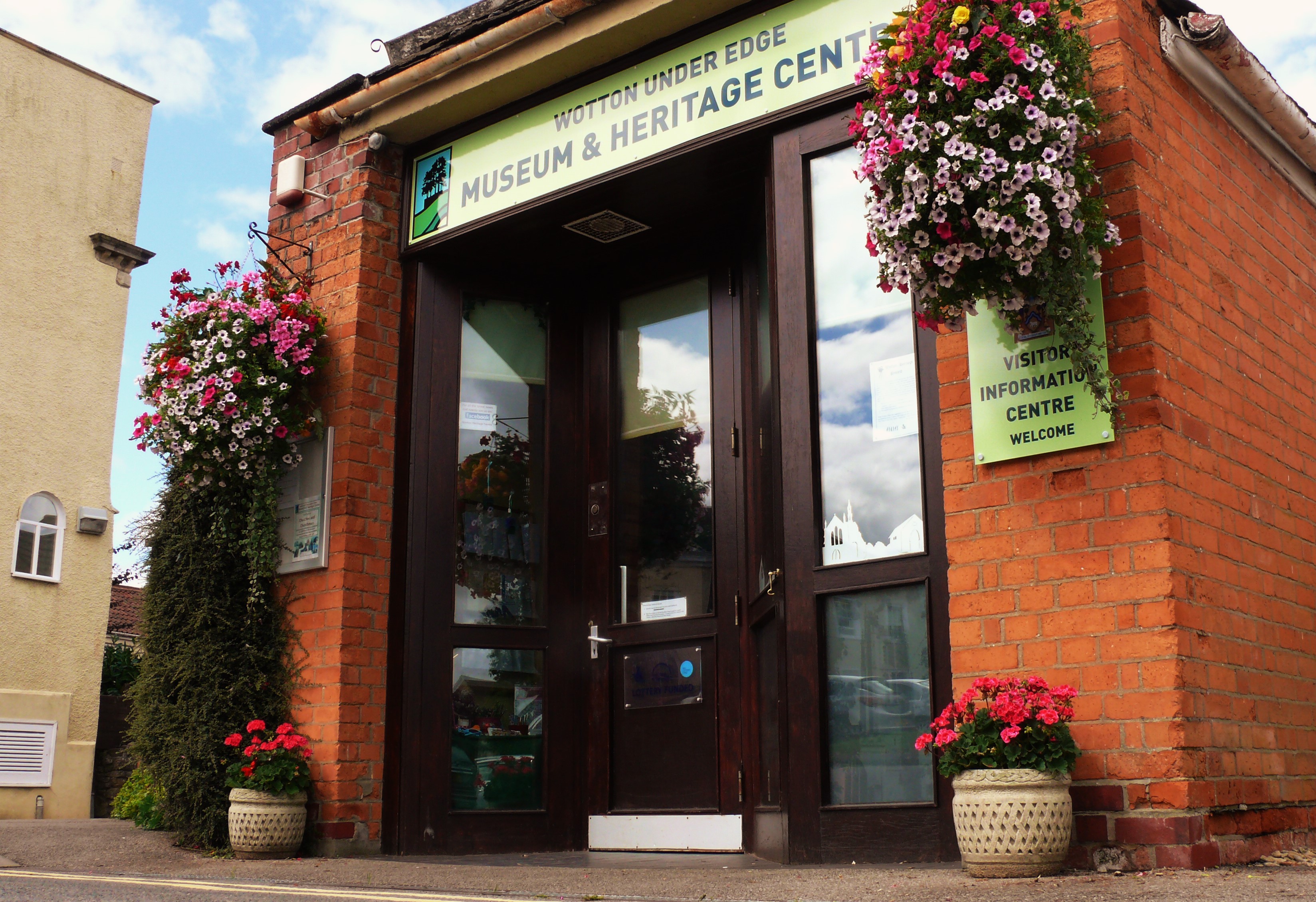 The history of the Wotton-under-Edge Heritage Centre goes back to 22 April 1937, when, at the instigation of the South Western Group of Museums, the Wotton-under-Edge Town Trust decided to set up a museum, for which they provided accommodation in the Town Hall. When the Historical Society was founded in 1945 the Town Trust invited the Chairman to become honorary Curator and the Society used the Museum as its headquarters. Subsequently the Museum and the Society's Library were removed to a room in the Tolsey building, with limited public access.

The Tolsey was sold in 1983 and the collection was given temporary accommodation elsewhere, with no public access.

In 1985 a lease of the cycle and pram porch of the County Library was offered for conversion at the Society's expense.  However, with increased public access and interest, this room soon proved inadequate. A lease was taken on the former Fire Station, owned by the Town Trust, and funds were raised for its conversion to the present Wotton Heritage Centre, which opened in 1994.

The Society became a charitable trust (registered number 291936) in 1991, followed by full registration 1995, which was confirmed in the second phase of registration in 2001.

Every few months, the Heritage Centre organises a new display of exhibits and other material. The displays focus on specific aspects of the history and culture of Wotton-under-Edge and the surrounding areas. Displays are thematic, covering topics as disparate as the wool industry, the Home Front in WW2, brewing and forestry.
The materials on display are mostly drawn from the existent museum collection, though they are often augmented with loans and donations from local people and other local museums.
On this website, you will find a summary of the current display.