Howard Parker will cover the History and Future of the Vale of Berkeley Railway line. Volunteers have been working since 2015 to establish a new heritage railway using the line which runs from Berkeley Road to Sharpness. 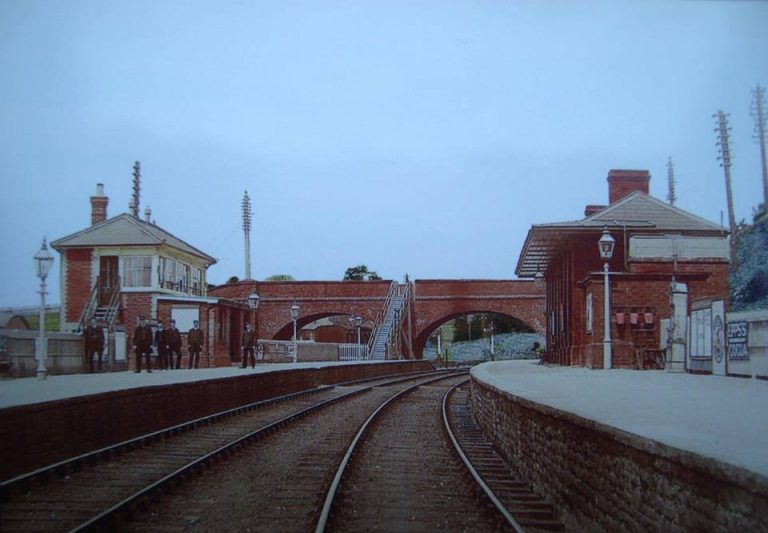 In the 1870’s interest was growing in linking up the railway lines of the Dean Forest with the mainline from Birmingham to Bristol in order to speed up the transportation of coal from the Forest. As a result work started on the construction of the Severn Railway bridge in 1875 by the Severn Bridge Railway Company with the line from Berkeley Road (on the MR mainline) to Lydney via Sharpness and the Severn Bridge opening on Oct 17 1879. Soon after the two companies amalgamated to form the Severn and Wye and Severn Bridge Railway Company, but this went bnankrupt in 1893.

The following year the line was jointly purchased by the Great Western Railway (GWR) and Midland Railway (MR). GWR already owned a lot of the lines in the Forest of Dean and South Wales, which served many local collieries, and the MR owned the Birmingham to Bristol route. At this point the railway was renamed to the Severn and Wye Joint Railway (S&WJR).

The main revenue for the company was from coal and mineral trains, so that by 1929 a passenger service North of Lydney town was stopped and gradually throughout the 1950’s passenger services on other parts of the S&WJR were discontinued, but the service from Berkeley Road to Lydney via Sharpness continued, until the night of Tue Oct 25th 1960.

That night, in thick fog and a high tide, two barges, Arkendale H and Wasdale H missed the entrance to Sharpness Docks and hit column 17 of the bridge. The barges were carrying about 10,000 gallons of petroleum which ignited, fracturing the gas pipeline on the bridge, resulting in 2 of the 22 spans collapsing on the barges, sadly killing 5 of the crews.