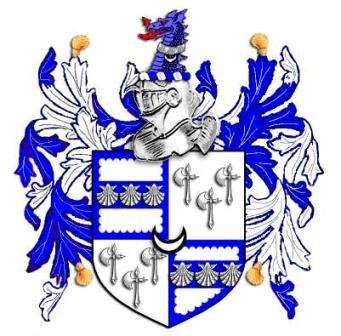 We hope that you have read and enjoyed the stories of William Tyndale as well as the incredible detail that the authors have brought to light in their researches into the Will of Sir Richard Venn. We felt that the latter would be more easily followed if a simplified Family Tree were to be included in the text and we are indebted to Sheila and Stuart Braidford who have produced this for the Journal.

But these two articles should not stand alone. The following paragraphs attempt to place Tyndale and Venn in their historical perspective.

Tyndale was born some two years after Columbus discovered the West Indies and at about the same time that  John Cabot sailed from Bristol in the Matthew to Labrador and Newfoundland. On the throne of England sat Henry VII and “waiting in the wings” was his son, the man who was to alter the course of our country in so many ways, Henry VIII, in 1497 a mere stripling of six.

This was an age of exploration and of wars. England, for one reason or another, did not see eye to eye with, variously, Scotland, France and Spain and many were the alliances and matrimonial partnerships that attempted to resolve or dust over those differences and were to bring great joy, and no doubt profit to writers and television producers over 500 years later!

When Tyndale was about 20, in fact round about the time he was teaching in Chipping Sodbury, Thomas Wolsey became Cardinal and Lord Chancellor of England, a position of tremendous power and widespread influence; all the greater because he was the intimate of and advisor to Henry VIII. Henry had ascended the throne in 1509, at 18 years of age. The 38 years of his reign were to be characterised by a tangled web of marriages, the expansion and consolidation of the Navy and the rejection of papal supremacy. This latter, interwoven with his efforts to divorce Cather- ine of Aragon, led to the Dissolution of the Monasteries, the final split with Rome and to the King becoming the sole supreme Head of the Church of England.

Through many of these years lived William Tyndale. By the 1520s his translation  of the Bible into English was well advanced, but unpublished, and he set off to Europe to find a printer. As we have learned however, Wolsey and the senior clerics would have none of an English Bible and though the star of the Cardinal was waning, and would be finally extinguished in 1529, the dominant issue of his divorce coloured most of Henry’s thinking.

Sir Thomas More, author of Utopia, was next into the ‘hot seat’ of the Lord Chancellor and was, as Dawn Waring tells us, just as “fanatical in his pursuit and execution of so-called heretics”. Be that as it may the ultimate step of accepting the king as the sole supreme head of the Church of England was, for More and many other senior clergy, a step too far and he, in 1535, joined a veritable procession of beheadings on Tower Green.

The following year saw Tyndale’s gruesome death – just about the same time as Titian was painting his Venus of Urbino. Idle speculation of course, but Tyndale lived to the age of 42; Titian to 88. Clearly the creation of great paintings leads to greater longevity than translating!

The history of our country continued with, among many more important things, the capsize and sinking of the Mary Rose off Portsmouth and with Henry battling against France, Scotland and his own subjects, not to men- tion the Papacy, until his death in 1547. Then followed a short succession of monarchs before Elizabeth I ascended the throne in 1558.

During these years, members of the Venn dynasty had arrived in Gloucestershire  from their Yorkshire  and Norfolk lineage, including among their forebears Sir Hugh Fenne (c1418 -1476) who, it is assumed through the acquisition of various estates and the enlargement of his Court contacts, eventually became Treasurer to the King.

Elizabeth was a Protestant, a fact she made pretty clear when, after various troubles that must have sorely tried the ‘Virgin’ Queen, she had her, admittedly distant relation Mary, Queen of Scots, executed in 1587, just a year before the Spanish Armada set sail to - certainly without intent - glorify  the game of bowls! Notably this execution and the preceding trial took place, not at the Tower in London but at Fotheringay Castle in Northamptonshire. It is recorded that so ashamed was James I of the action of his predecessor - after all Mary was his mother - that he had the castle demolished. All that remains nowadays is a grassy tump.

The Venns prospered in the West Country, (in fact one of their number, William, sired no less than nine children) but it is likely that the wool trade, which had been flourishing even before James became king, was the main source of their wealth. Be that as it may, it is to Hugh that our attention is drawn, for he it was who fathered Richard, and Richard it was who set down the Will so admirably described in this and previous Journals.

Hugh had married Edith Osborne, a Wortley lass, during the  1560’s, around about the time the Chinese allowed the Portuguese to settle in Macao and, much nearer home, the holding of the first authorised modern Eisteddfod at Caerwys.

The links of the Venns with Wotton-under-Edge were even more firmly established when in 1600 Hugh became Mayor of the town, an appointment subsequently held by other members of the family, many of whom were by now deeply involved in the wool trade. Richard it was who, eschewing politics, set about becoming a major force in commerce, as the preceding article has told us. During his lifetime much was to happen; Shakespeare dominated the theatrical scene, dramatist Ben Jonson was well to the fore, whilst on the continent Montiverdi and Rembrandt were enriching the worlds of music and painting. Further afield the Taj Mahal mausoleum was rising on the banks of the Ganges and in Italy Galileo had perfected the refraction telescope. Perhaps above all, it was the Age of Exploration; the first permanent settlements were established in the Americas and India, and Spanish, Portuguese, Dutch and Italian explorers ranged far and wide over the world.

Of course right here in the heart of London, and only 5 years after Hugh Venn became our Mayor, another worthy endeavoured to blow up the Houses of Parliament – and that really would have been news!

What an age it would have been had we newspapers, radio and television!

Short History of the English People by J.R. Green

There are currently no scheduled lectures, please check back again soon.