Did Shakespeare Come to Gloucestershire? 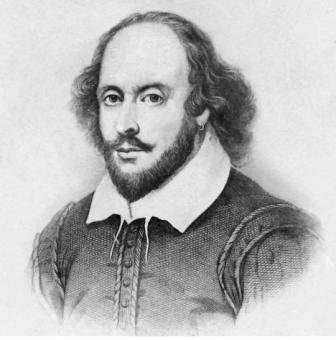 Extracts from Dursley and Its Neighbourhood by J.H. Blunt

About four years after the death of William Shakespeare, there was a baptism of a Shakespeare at Beverstone:

Margery his wife was baptised the 17th day of September

Francis Savage and Mary Eastcourt were married in 1621, but Mr Sotheron Eastcourt who is well acquainted with the history of the family is unable to trace any connection with a ‘Shakespurre.’

Newenton was part of the old land of the ancient family of the Berkeleys of Dursley long before the Conquest.  In Newington Bagpath is a place obvious in many evidences called ‘Nutgarshall’ also ‘Furgeshall’.

The church of St. Bartholomew at Newington Bagpath has a 14th Century porch, but 19th Century tower and chancel.  There is a family of Shakespeares buried in the churchyard there, with a headstone inscribed ‘William Shakespeare for 38 years clerk of this parish who departed this life March 23rd 1782 aged 59.’

On another headstone is inscribed:

(Also lies buried there Thomas Clissold, Headmaster of the Grammar School 1739 to 1779 and the two last men to be hanged for highway robbery.)

There is reason for thinking that the great poet of England was once a resident in the town of Dursley and that members of his family lived there until recent times.  There is a tradition which states that the young poet fled before the enraged face of Sir Thomas Lucy on account of some illegal intrusion in the knight’s park in Warwickshire.  It is surmised that he sought shelter in Dursley, a small town seated on the edge of a wild woodland tract.  Some passages in his writings show an intimate acquaintance with Dursley, and the names of its inhabitants.

‘I beseech you, Sir, to countenance William Visor of Woncot against Clement Perkes on the Hill.’

This Woncot, as Mr Stevens, the commentator, supposes in a note to another passage in the same play (Act V, Scene 3) is Woodmancote, still pronounced by the common people as ‘womcot’, a township in the parish of Dursley.  This township lies at the bottom of Stinchcombe Hill, still emphatically called ‘the hill’ on account of the magnificent panorama which it commands.

On Stinchcombe Hill there is a site of a house wherein a family named Purchase or Perkis once lived; and it is reasonable to conclude that Perkis of Stinchombe Hill is identical with ‘Clement Perkis of the Hill’.  The family of Visor were also undoubted ancestors of the Dursley family known in more recent times by the name of Vizard.

In addition to these coincidences, we should mention that a family named Shakespeare formerly resided in Dursley and the neighbourhood.  James Shakespeare was buried at Bisley on March 13, 1570.  Edward, son of John and Margery Shakespeare was baptised at Beverstone on September 19, 1619.  The Parish Register at Dursley records that Thomas Shakespeare, weaver, was married to Joan Turner on March 3, 1677-8, and that they had children baptised by the name of Edward on July 1, 1681, Mary on August 28, 1682, Thomas on March 1, 1685, and Mary on December 27, 1691.  The Churchwardens’ Register also shows a mason in Dursley named John Shakespeare in 1704 to 1739; that Thomas Shakespeare had a seat place assigned to him in 1739 and that Betty Shakespeare received ‘poors’ money from 1747 to 1754.  Some of this family ‘still exist as small free-holders, in the adjoining parish of Newington Bagpath, and claim kindred to the poet.’

To this it may also be added that a pathway in the woods in the Town is traditionally known as ‘Shakespeare’s walk’ and that Shakespeare’s description of a ‘wild prospect in Gloucestershire’, which takes in a view of Berkeley Castle exactly answers to the view on which the eye still rests when the spectator is standing on Stinchcombe Hill, although cultivation has made it somewhat less wild than in Elizabethan or Jacobean days.

How far is it, my lord, to Berkeley now?

Draw out our miles, and make them wearisome.

But I bethink me, what a weary way

From Ravenspurg to Cotswold will be found

In Ross and Willoughby wanting your company…

Enter to them Harry Percy whom Northumberland addresses:

How far is it to Berkeley? And what stir

Keeps good old York there, with this man of war?

The Reverend Richard Webster’s  Huntley’s Glossary of the Cotswold   Dialect, published 1868, states that:

This is the exact picture of the castle as seen from ‘The Hill’, the castle having been, from time immemorial, shut in on one side, as viewed therefrom by an ancient cluster of ofty trees.  We would add that down to the reign of Queen Anne, the Cotswold range was an open tract of turf and sheep walk which extended up into Warwickshire and was famous as a sporting ground, particularly for coursing the hare with greyhounds through the whole extent.  It was consequently well known by the gentry of both counties; and this is evidenced by their pedigrees  wherein intermarriages between the houses of each county are frequently found.’

It also states that a Physician, Dr Bartlett, lately residing in London, ‘and who died at an advanced age, was in his youth apprenticed at Dursley and had a vivid remembrance of the tradition that Shakespeare once dwelt there.  He affirmed that losing his way in a ramble in the extensive woods which adjoin the town, he asked a person whom he met where he had been, and was told that the name of the spot which particularly attracted his attention was called “Shakespeare’s Walk”.

The interval of obscurity between Shakespeare’s removal from Warwickshire and his arrival in London, we think, was probably spent in a retreat among his kindred at Dursley in Gloucestershire.

More recently are wall plaques found in Horsley Church to: